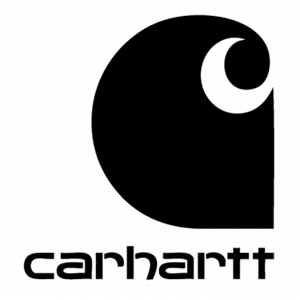 Carhartt work in progress (Carhartt WIP) is made by the American brand Carhartt, which was one of the first companies to specialise in working clothes. Carhartt WIP was founded in 1989 by Hamilton Carhartt and to this very day, Carhartt's classic styles still fit people that appreciate great quality and simple design. The brand is a mix of music and skateboarding and is mostly used by subcultures and style-conscious users in America and Europe.

Carhartt is a family-owned brand and has been providing stylish looks since 1889 when it was founded by Hamilton Carhartt. For the first time after Carhartt's founding, their target group was mostly aimed at Northern European artisans who sought workwear of the quality that Carhartt's workwear provides, but later the focus was more on their new line, Carhartt WIP. Carhartt WIP, which stands for "Carhartt Work In Progress" has released stylish looks since 1994, which is centered more on modern clothing such as Carhartt t-shirts, Carhartt jeans, and Carhartt sweatshirts. Buy Carhartt at www.streetammo.dk and be sure to have access to one of Denmark's largest selection of Carhartt. Whether it's Carhartt t-shirts, Carhartt sweatshirts, Carhartt jeans, or anything else from Carhartt you are looking for, Streetammo is the right place.

From Carhartt workwear to the modern Carhartt brand today

From the start, Carhartt has supplied high-quality workwear that has adapted to the needs of Northern European citizens. Carhartt was founded in 1889, starting with just two sewing machines and five employees. Carhartt's first slogan was "Honest value for an honest dollar" where the idea was to get something for Carhartt's money. Later, they have moved away from Carhartt's workwear and went more into modern clothing - but that has not stopped them from producing work clothes, as they still do to this day. The modern Carhartt focuses on the simple and stylish, with a good mix of skateboarding and music, and with this combination, Carhartt managed to hit the style-conscious consumer in the US and Europe.