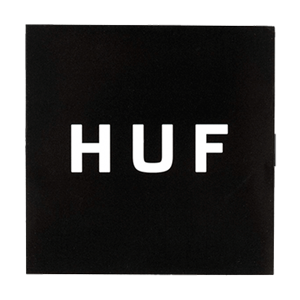 HUF is an American brand established in 2002 by Keith Hufnagel. The brand started out as a small boutique store in San Francisco, California, and Keith’s intend was to deliver the top streetwear, skateboarding, and sneaker brands on the market.

HUF quickly became successful as it offered high-quality products that were hard to find and most of them had very interesting designs that could not be found anywhere else.

Hufnagel started skating in New York back in the ’80s, when it was still not accepted by society. Hufnagel moved to San Francisco in 1992 to pursue his skateboarding passion and he soon became pro. Keith’s skateboarding background gave him an opportunity to travel and get the experience that others could not have gotten. It also gave him the inspiration to bring something back to the culture that has raised him. “Made by skateboarders, for skateboarders”